The Junior Developer is dead.

While the world angrily points at hiring managers and recruiters with unreasonable expectations, I want to investigate less obvious and more insidious suspects.

Disclaimer: Half of the engineers I’ve hired in my managerial career fit the persona of Junior Developer and I would happily work with them again.

Suspect #1: The Pursuit of Productivity

Our first suspect isn’t a person or organization. No, we first need to investigate an emerging system of incentives built around engineering productivity.

Engineering managers constantly feel pushed to increase the throughput of their team. That’s always been the case.

But in the last few years, the picture of high performing software teams has clarified thanks to books like Accelerate and The DevOps Handbook.

When judged and incentivized by these performance metrics, engineering and hiring managers face a dilemma – do I hire a junior developer and accept decreased short-term productivity or do I require more experience in the hopes of maintaining productivity?

Now combine this decision with the knowledge that the junior developer will probably leave your company within 18 to 24 months. After 3-6 months of onboarding you’re likely to only get one year of productive work from a junior developer. That’s not enough for engineering managers to justify hiring a junior.

Verdict: The pursuit of productivity has low-level involvement in killing the junior developer. Within the performance framework that companies evaluate engineering managers against, the decision to avoid junior developers is both rational and pragmatic although short-sighted.

JavaScript first appeared in 1995, long before the death of the junior developer. So how did JavaScript contribute to the kill?

Well, it’s not the JavaScript language that Brendan Eich launched at Netscape that needs investigation. Rather, we should investigate JavaScript as a modern ecosystem.

Let’s start with the basic needs of engineering hiring managers. Hiring managers want engineers who can program. Candidates who can write code and solve business problems.

But modern JavaScript has changed the landscape of candidates. Too many junior level candidates today rely on haphazardly gluing together node modules and frontend frameworks.

When hiring managers read a résumé of someone that’s exploded from zero programming knowledge to JavaScript + Node + React + Redux + TypeScript + HTML + CSS in just a few months, what do we see?

Engineering managers see someone who is gluing frontend technologies together. Not programming.

These candidates produce semi-workable projects or small applications. However, there’s no indication that these junior level candidates can actually write code.

However, to the hiring manager these technologies also raise suspicion about who among the candidates can actually program. And where doubt exists, engineering managers will err on the side of certainty, which means looking for experience.

Verdict: The emergence of JavaScript and corresponding ecosystem has created an unexpected and unfortunate situation where hiring managers don’t feel they can trust junior developers to actually write code.

Design became a field to grow within. You could remain a designer for life, receiving promotions and trying different specialties within the field.

The transition from designer to developer was no longer desirable or necessary to get things done. So what’s the problem?

These historical transitions from designer to developer happened internally within a company, creating a natural progression and safe environment for junior developers.

The designer was already a trusted person in your company. You knew their coding skills were junior but you didn’t care – they were a good employee so development managers were willing to train them and support their growth.

The rise of UX and increased specialization of development created barriers to entry that can feel insurmountable for junior level candidates.

Code schools have done wonderful things by introducing more people to software development and diversifying the field of software engineering. However, code school advancements have come at a cost. What have code schools done to kill the junior developer?

When I post engineering job openings, my inbox floods with applications from code school graduates and soon to be graduates. These are ambitious and bright people, but the volume can feel overwhelming.

In effect, code schools have ruined any scarcity bias that exists, which says that humans view scarce things as more valuable and abundant things as less valuable.

Follow the money. The more candidates that code school candidates accept and graduate, the more money they make. Code schools are incentivized by throughput.

The chief assumption code schools got wrong is that could prepare candidates to be productive members of software teams. In reality, code schools can only make you semi-productive but much burden remains on the company. Companies understand this, but do students?

Most engineering managers don’t have the skill to hire, onboard, and train a junior developer. That’s particularly true for small to midsize companies.

In this manager skill gap lies an opportunity for code schools.

The résumés and cover letters I receive today look identical to those I received 2-3 years ago from code school candidates. The same projects, the same mile-long lists of technologies they know, and the same gratuitous résumé formats.

Verdict: Highly involved. Code schools have a tremendous amount of work ahead of them to revive the junior developer.

We don’t use Junior Software Engineer on a widespread basis yet. In other words, juniors are stuck with Developer while the industry has moved onto Engineer.

So the code school strategy is to avoid the naming problem and encourage graduates to skip the line. The downside is that hiring managers now compare these “Software Engineers” to other Software Engineers, which have years of experience.

Code school graduates express reasonable frustration – they were promised jobs, they applied to jobs, but now hiring managers expect them to have years of experience. That sucks. But perhaps there is a path forward that includes rebranding to Junior Software Engineer.

So who killed the Junior Developer?

Understanding the cause of failure in a complex system is frustrating. As humans, we like to point fingers at a person or component that failed. But that’s not how systems fail.

But the end result is failure for the Junior Developer. And we’re all to blame. 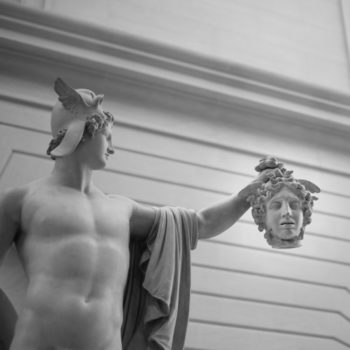