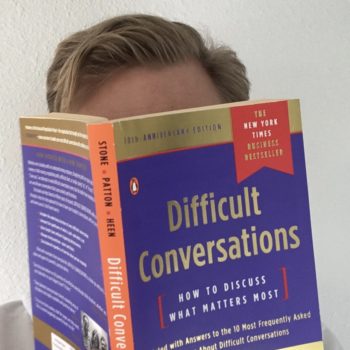 How to Discuss What Matters  Most

How strongly do I recommend Difficult Conversations?
9 / 10

Difficult Conversations is a top read for everyone, providing pragmatic tools and techniques for improving both our personal and work lives.

In a work context, I think this book and the approaches discussed are particularly important for engineering managers of people because we’re often faced with difficult conversations around individual performance, delivery schedules, and project priorities.

For guidance more specifically on negotiations, check out Never Split the Difference.

Difficult conversations are mostly about feelings, not  facts

When you’re having a difficult conversation, it’s easy to focus on facts.

Facts are objective. If you can agree on the facts, surely you’ll arrive at similar conclusions, right? Well maybe not.

That’s because difficult conversations are fundamentally about feelings, not facts.

I once had a difficult performance conversation with an engineer and thought it best to establish the facts up front. Whoops. 90% of the subsequent conversation focused on facts. Who said what, who did what, blah, blah, blah.

Focusing on facts can lead you down a very pedantic, nit-picky, and ultimately unproductive path. People can sense when the wall of facts is building against them or a gotcha is on the horizon. That’s when they either fight like a dog in a corner or tune you out.

Engineering managers like feeling prepared. We pride ourselves on planning the details. So we rightfully prepare for difficult conversations.

Foremost, we prepare a list of problems. Usually problems contribute by the other party, often an underperforming engineer or failing partner.

If they just fixed these things, we’d be squared away, right? Now we have a solution. Excellent. This concludes our preparation… but it shouldn’t.

Focusing blame on the other party is fundamentally a disempowering position. You’re at the mercy of them changing.

You also need to look at the ways you contribute to the problem. One of the biggest ways managers contribute to underperformance is by avoiding the difficult conversation. So give yourself some credit for at least remedying that underlying issue.

But likely your contributions also span day-to-day interactions both with that employee and with other employees. Culture is what you celebrate and tolerate, so consider the implications for your underperforming employee.

In response, we try to alleviate tension by jumping to problem solving. Big mistake.

Before hopping into problem solving, you need to ensure that the other person understands how important this conversation and issue are to you.

Communicating this importance is a necessary precursor to solving the problem, so don’t rush it.

When delivering bad news, you’ll be tempted to control or mitigate the other person’s response. It goes like this:

“Sorry, we have to let you go. But don’t worry, I’m sure you’ll get back on your feet in no time. Plenty of software companies are hiring and I think you’re a great engineer, but right now it just wasn’t working out. I’m happy to be a reference for you.”

Of course, you have good intentions. But more fundamentally you’re just patching over the awkwardness, often by blabbering on with cushiony language.

Instead, just sit with it. Let the person react. This conversation is as much about you as them and they deserve space.

Ask the other person to paraphrase  back

Teachers and trainers call this a “check for understanding.”

Even when you think you’re crystal clear, ask the other person to paraphrase back what you’re saying. For instance, if you’ve just explained how their behavior makes you feel and the impact on you, explicitly ask them to tell you what they heard.

In other words, don’t assume alignment or understanding. Confirm it.

Also, be a little careful about how you request the other person to paraphrase back. This is about you making sure you’ve communicated your experience and feelings well, not about them parroting back to you something they don’t believe in.

In a difficult conversation, don’t make the mistake of using leading questions in hopes of getting the other party to say the difficult words. They will see right through it and be annoyed. Just put the issue on the table. The other side knows you have a hypothesis and it’s better to not play a guessing game that will frustrate everyone.

You probably perceive your set of facts to be truth. However, perception is reality for everyone. To that other party, their set of information is equally true and correct. When we focus on being right, we miss the point that difficult conversations are more about feelings.

You should also assume that there is important information that you don’t have access to.

When we focus on being right and pinning blame, we lose our ability to move forward constructively. Improving the situation becomes much harder when you center the conversation around blame because the relationship between parties is inherently adversarial rather than collaborative.

If you’re accused of intending to hurt someone, you need to read between the lines because the other person is often really indicating that you just don’t care enough about them to consider the impact of your actions.

Complaining to third parties is a common form of avoidance. Yes you might feel better having complained, but you’ve probably also worked yourself up and done nothing to improve the situation. In fact your growing frustration has probably made the situation worse.

Note that complaining to third parties is different from seeking objective advice. The difference is intent – when you complain you are looking to be heard and justified, when you seek advice you are looking for guidance on improving the situation.

As an Engineering Manager, these situations happen often. Someone does something that frustrates another person. Rather than addressing the issue with that person, they come to you ranting. The first question you should ask is, “Have you talked with them about this issue?” In many cases the answer is no. Then your job is to coach them through having the difficult conversation with the other party.

We say one thing but our body language indicates something else. Humans are bad at hiding our emotions. These unexpressed feelings inhibit our ability to listen. Our frustration builds.

Sometimes this happens when our feelings seem irrational, even to us. We are afraid of expressing them for fear of being attacked. When this happens, just prefacing your statements when that context will usually help the other party understand that the conversation is about feelings and not facts, which clears the way for a more constructive conversation. 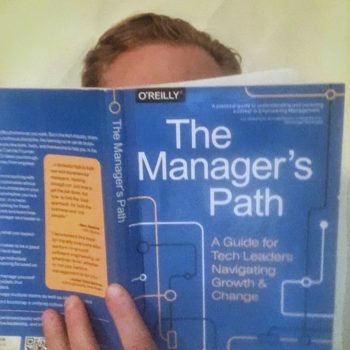 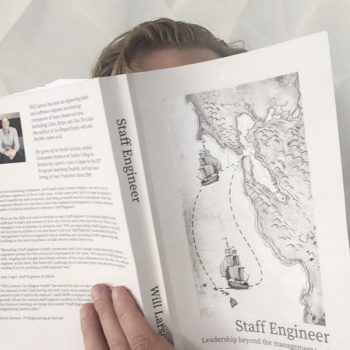 Beyond senior engineer on the technical leadership track 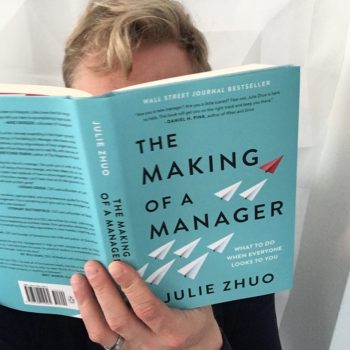 The Making of a Manager

A pragmatic and human centered introduction for new managers 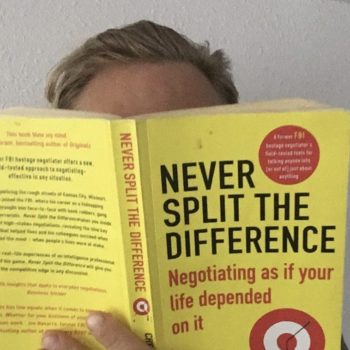